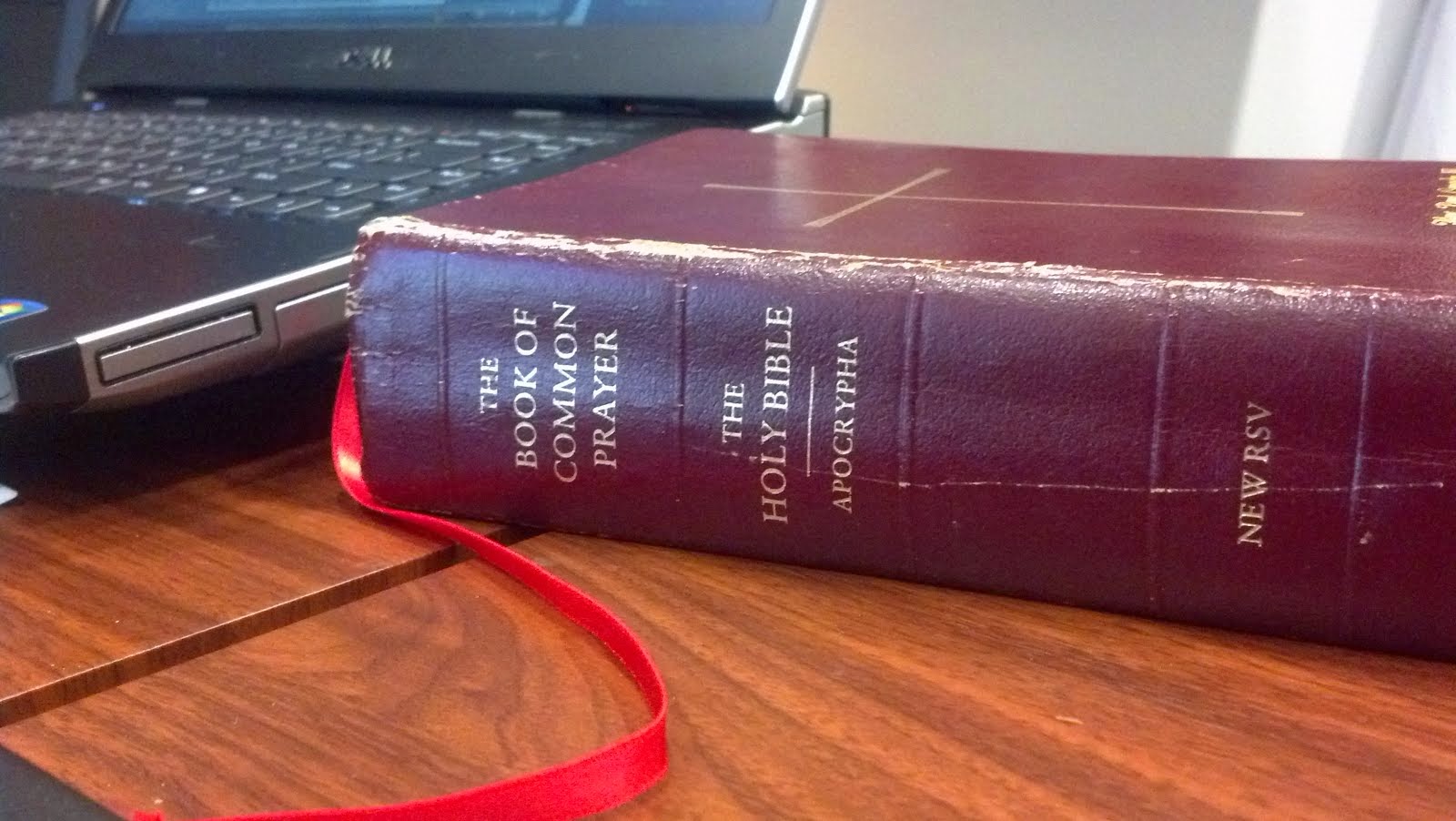 With thanks to Malcolm Gladwell.
In Memorium to Emmanuel AME in Charleston, SC.

"It's DAVID VERSUS GOLIATH!"
Every time I hear that phrase, I think it should be said in a Howard Cosell kind of voice. I would venture to say that it's one of the most common Biblical phrases uttered in a secular setting. In the modern era, we tend to use it more with political show-downs or sports match-ups. Usually, of course, the Goliath in question comes out victorious. The last notable win by a "David" was in the 2014 Men's NCAA Basketball tournament when the mighty Blue Devils of Duke were felled by the Bears of tiny Mercer University. There was pandemonium and joy for about 48 hours in Macon, GA, until their next game when they got beat (by Tennessee!).
There is something about an underdog that we love, isn't there. Maybe it's part f our American story. Maybe it's because we see the underdog as giving each of us hope, encouragement.
Malcolm Gladwell is a journalist and best-selling author. His latest book is called David & Goliath: Underdogs, Misfits, and the Art of Battling Giants. Part of his premise is that we have completely misjudged  the David and Goliath story from 1 Samuel all these years. He gave a lecture on this subject a couple of years ago as the book was about to come out. In it, he says...


Well, let's start there with the phrase "All David has is this sling," because that's the first mistake that we make. In ancient warfare, there are three kinds of warriors. There's cavalry, men on horseback and with chariots. There's heavy infantry, which are foot soldiers, armed foot soldiers with swords and shields and some kind of armor. And there's artillery, and artillery are archers, but, more importantly, slingers. And a slinger is someone who has a leather pouch with two long cords attached to it, and they put a projectile, either a rock or a lead ball, inside the pouch, and they whirl it around like this and they let one of the cords go, and the effect is to send the projectile forward towards its target. That's what David has, and it's important to understand that that sling is not a slingshot. It's not this, right? It's not a child's toy. It's in fact an incredibly devastating weapon. When David rolls it around like this, he's turning the sling around probably at six or seven revolutions per second, and that means that when the rock is released, it's going forward really fast, probably 35 meters per second. That's substantially faster than a baseball thrown by even the finest of baseball pitchers. More than that, the stones in the Valley of Elah were not normal rocks. They were barium sulphate, which are rocks twice the density of normal stones. If you do the calculations on the ballistics, on the stopping power of the rock fired from David's sling, it's roughly equal to the stopping power of a [.45 caliber] handgun. This is an incredibly devastating weapon. Accuracy, we know from historical records that slingers -- experienced slingers could hit and maim or even kill a target at distances of up to 200 yards. From medieval tapestries, we know that slingers were capable of hitting birds in flight. They were incredibly accurate. When David lines up -- and he's not 200 yards away from Goliath, he's quite close to Goliath -- when he lines up and fires that thing at Goliath, he has every intention and every expectation of being able to hit Goliath at his most vulnerable spot between his eyes. If you go back over the history of ancient warfare, you will find time and time again that slingers were the decisive factor against infantry in one kind of battle or another. So what's Goliath? He's heavy infantry, and his expectation when he challenges the Israelites to a duel is that he's going to be fighting another heavy infantryman. When he says, "Come to me that I might feed your flesh to the birds of the heavens and the beasts of the field," the key phrase is "Come to me." Come up to me because we're going to fight, hand to hand, like this. Saul has the same expectation. David says, "I want to fight Goliath," and Saul tries to give him his armor, because Saul is thinking, "Oh, when you say 'fight Goliath,' you mean 'fight him in hand-to-hand combat,' infantry on infantry." But David has absolutely no expectation. He's not going to fight him that way. Why would he? He's a shepherd. He's spent his entire career using a sling to defend his flock against lions and wolves. That's where his strength lies. So here he is, this shepherd, experienced in the use of a devastating weapon, up against this lumbering giant weighed down by a hundred pounds of armor and these incredibly heavy weapons that are useful only in short-range combat. Goliath is a sitting duck. He doesn't have a chance. So why do we keep calling David an underdog, and why do we keep referring to his victory as improbable? (http://www.ted.com/talks/malcolm_gladwell_the_unheard_story_of_david_and_goliath)

So why do we keep calling David an underdog? Last week's lesson on David, the won where Samuel anointed David, the youngest of his brothers, as the next king over Israel, reminds us that it is God's selection, not seniority or rank, that makes the most difference to God. Israel wanted, and got, a king so they could be like other nations. Now, God has broken with human tradition and expectation and chosen (again!) the youngest to become the greatest. in this subtle way, God is reminding Israel that they are indeed not like other nations, that they are chosen and set apart.

In a similar way, when David takes down Goliath, God is reminding Israel that their fear and trembling in a time of crisis is not helpful; their faith in God is. If we read the story closely, David never has any doubt that he would defeat the giant. It is certainly the winners who get to write history and we don't know the emotions that were running through this scene, but this amazing show of faith and courage reminds both ancient Israel and 21st Century New Bern what is possible if we truly believe that God is with us, and that God has given us talents beyond our wildest imagination. David, having been anointed and full of the spirit of God, knew that God had given him a talent no one, let alone Goliath, would have expected.

Israel trembled in fear for 40 days, Scripture tells us, because they tried to fight like they were Philistines. They were smaller, less-equipped, and less-funded. And clearly less faithful. But David comes along and he rejects Saul's armor, not only because it didn't fit him, but because it wasn't who he was. He was a shepherd, not a warrior. He faced Goliath the only way he knew how: by using the talents God had given him.

This past week, nearly 70 children (and a small army of volunteers!) experienced Vacation Bible School, starting and ending each day in this very space. The theme was Everest, and they talked about conquering life's biggest challenges with the help of God, and that God has the power to comfort, heal, provide, forgive and love. With those things, we are equipped by God to face any mountain or giant that may be in our path.

There is a Goliath in our culture that we don't seem willing to have an honest conversation about, an Everest that we seem unwilling to attempt to climb. We saw the wretched sin of racism rise up and taunt us this week. Only, instead of being on the other side of the valley, it marched into a church and claimed nine innocent lives, reminding us that it is as much a sin of the present as it is a sin of the past.

We, as a community of followers of Jesus Christ, just like those at Emmanuel African Methodist Episcopal Church in Charleston, SC, we have a chance to show our faithfulness in God, just like David, to help us defeat this giant. If we truly believe that God is as powerful as we say, and if we truly believe that God equips us with things around us, just like David, to take down the Goliaths in our midst, then we will do it. And if we believe that we are on God's side in all of that , then we are never, ever, ever, underdogs, and we will always slay the giant.

I thought I had heard about all there was to hear about David, Goliath, and so on. This is full of new information. (Shall I trust the source? LOL). Very skillful weaving of scripture and the current situation, aptly spotlighting the way we fulminate and cower about the Goliathian presence of racism. Thanks.
'
A Known Admirer